I've been stunned by the stupidity today. How do the editor-at-large of the Wall Street Journal, an emergency physician, and the people running an elite school in Washington, DC lack common sense and applied arithmetic skills? It's getting exponentially dumb, as Tom MacDonald puts it. 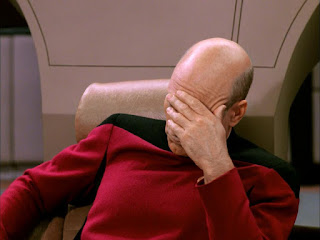 A Wall Street Journal editorial published today said, "If thousands of people were dying from the vaccine, the evidence would be piling up in hospitals and morgues." No, they wouldn't. Six thousand deaths--the number reported to the VAERS system for COVID vaccines over the past six months--amounts to less than one death per state per day. That's why we have an adverse events reporting system: nobody would notice patterns otherwise. Unsafe drugs get taken off the market without bodies piling up in morgues.

Elsewhere in the Journal, a mother writes that her daughter's camp, run by the exclusive Sidwell Friends School, made her nine-year-old daughter wear a mask while playing tennis in 98-degree heat. The writer cited several studies on children and virus spread that the people running the school could have looked up themselves if they'd wanted to instead of torturing students. It's ironic that an exclusive school failed to do basic research. Aren't people running schools supposed to know how to look things up--or at least avoid torturing children?

Over at CNN, emergency physician and contributing Washington Post columnist Leana Wen said, "Now we have this delta variant that is much more contagious. Because it's more contagious, it's going to be harder for us to reach herd immunity. We're going to have to vaccinate an even higher proportion of people to get there. What happens then if we end up having another variant that's even more contagious that causes even more disease that evades the protection of our immune system...

It needs to be hard for people to remain unvaccinated... [Workplaces and schools should say] if you want to opt out [of vaccination], you have to sign these forms, you have to get twice weekly testing..."

First of all, nothing is likely to happen after the delta variant comes through. And doesn't a more contagious variant make it easier to get to herd immunity? At some point, through vaccines or infection, everyone gets antibodies--the UK and parts of the US are already close to that point. (Places like Australia and New Zealand that adopted the Brigadoon strategy may have worry about variants that are even more contagious.) Second, students, parents and employees would revolt at twice-weekly testing. Low-level employees in particular would walk off the job and go get a signing bonus from employers desperate to hire people. Even if employees agreed to twice-weekly testing, who's supposed to pay for it, where are all the tests supposed to come from, and how is the work supposed to get done while employees are off taking these tests? Dr. Wen's suggestions are classic stage-one thinking. What's especially ironic about her bossiness is that she was once a president of Planned Parenthood. Aren't they supposed to be in favor of choice?

If doing arithmetic or thinking beyond stage 1 is too hard, can our betters at least read news and look at COVID dashboards? Let's take the outdoor spread of COVID--or lack of it. For example, 135,000 people went to the Indianapolis 500 over Memorial Day weekend, 15,000 went to the Redneck Rave in late June, and tens of thousands marched for freedom in London on June 26. Local dashboards show that no COVID outbreaks followed any of those events. In fact, "Less than a month later, [Marion County Public Health Department] Director Dr. Virginia Caine said they only traced 19 people being infected and attending the [Indy 500]." Edmonson County, Kentucky has seen no COVID deaths and only a handful of new cases since the Redneck Rave according to the New York Times COVID tracker on Google.  England has had increased hospitalizations, but that trend started in early May. Oh, and I don't remember any outbreaks attributed to the peaceful riots last year.

It doesn't take a scientific mind to conclude that the virus isn't being spread outdoors--or that highly contagious viruses can't keep infecting people indefinitely, or that vaccine tracking systems exist for a reason, or that students and employees aren't going to run out and get medical tests twice a week. You just have to be connected to reality. That's what science is supposed to be about: making observations, testing hypotheses, adjusting your thinking if your ideas don't match reality. Yet followingthescience now means being a germophobe and thinking everyone else should be, too. And the followingthescience types wonder why so many people are ignoring them.

July 05, 2021
Happy Independence Day, and happy herd immunity. Yes, I know our betters keep harping on us to get a COVID shot, keep haranguing us about variants, and keep the hysteria going. They loved knowing better than the rest of us and telling everyone what to do. But going by all-cause mortality rates and actual science, their fifteen minutes of fame needs to fizzle out. Yes, a virulent new variant could emerge later, but it looks like it's time to enjoy some normalcy and have the coronabros go back into obscurity.  Hoping you're healthy as a horse! Picture from Pixabay . All-cause mortality rates are now at or below the 2015-2019 average for all age groups in the US. They've been close to that average for months in both the US and UK, even though the delta variant accounts for almost all cases in the UK. Click to enlarge images. Weekly number of deaths by age in the US. Source: CDC . The first chart shows deaths from all causes plunging from January 2021 on in the US. (It also sho
Post a Comment
Read more