- February 10, 2011
"One of the five worst scientists I've ever met." That's how Gary Taubes described a doctor he talked to several years ago--a doctor who took credit for getting Americans to eat less fat and consume fewer eggs. And poor science, said Taubes, is typical of the field of nutrition.
Gary Taubes, author of Good Calories, Bad Calories, gave a talk at the Tattered Cover book store last night on his new book, Why We Get Fat. Taubes, whose education is in engineering and physics, is a science writer who has, as he put it, "recreated [or compiled] the history of obesity" through his research. His talk mostly covered what's in Why We Get Fat, an accessible book. Having only 45 minutes, he covered mostly why we don't get fat; he said he'd never given a 45-minute lecture in his life.
For those who favor brevity, here's a highly condensed version of Taubes's message.
Why we get fat: too many carbs.
Why we don't get fat: too much fat, too little exercise and McDonald's are NOT to blame.
How does he know? too many examples of hardworking, undernourished, overweight people with no access to McDonald's. Too much good science that points to insulin.
What to do? Lay off the carbs.
What about calories? You have to reconcile this concept with the animal kingdom. Do lean dairy cows graze less than fatter beef cows and run around the pasture when nobody's looking? Do wild animals eat less because their belt is getting tight?
After his talk, Taubes answered some questions from the audience.
Q: Is chocolate a carbohydrate?
A: Chocolate is mostly fat, but has some sugar in it. (Ed: there's a fantastic recipe for no hidden carb fudge, courtesy of the Blood Sugar 101 site. Quickly, easily made on the stove top.)
Q: Are there particular kinds of carbohydrates to avoid?
A: Sugary, starchy carbohydrates. Lettuce is fine.
Q: Why do Asians, who eat a lot of rice, generally not have weight problems?
A: Possibly because they eat very little sugar.
If you'd like to hear Taubes lecture, there are several of his talks and interviews on Youtube:
http://www.youtube.com/results?search_query=gary+taubes+why+we+get+fat&aq=f
gary taubes low-carb

jeff said…
Hi Lori,
I was also at the book signing and enjoyed meeting Gary
I posted his channel 2 news interview:
http://www.youtube.com/watch?v=juGUw7KNvBo
Dr Jeff Gerber
http://denversdietdoctor.com
Please see my web site.
More of us should network here in Denver
February 21, 2011

Lori Miller said…
Jeff, thanks for the link to the interview--I hadn't seen it.

A few months ago, my mother mentioned the work you were doing here in Denver to promote better health through limiting carbs. Keep up the good work!
February 22, 2011 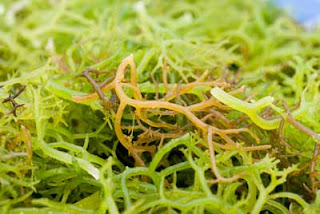