Is Denver Going All Real-Food?

August 03, 2013
Did I just wake up in another city? Three years ago, people here in Denver looked at me like I had two heads when I told them I limited carbohydrates. When I was a kid, my parents' fussy neighbors complained about the roosters crowing, even though they moved into a house adjacent to an agricultural lot. But maybe in a city that loves meat and attracts health and fitness buffs, it had to happen: more people want real food and real solutions to their health problems.

I just spent the morning at a chicken exchange, where people also had goats, ducks, rabbits and turkeys for sale. The exchange was in an urban neighborhood of Denver between Broadway and the tracks, five minutes from downtown.


From there, I went to Vitamin Cottage, a health food grocery store, where some of the vegan, vegetarian and gluten-free books and magazines have been replaced by paleo, anti-sugar and pro-cholesterol books. There was even a magazine on raising chickens.


In every branch of the Denver Public Library I've been to, I've seen one of these books on display: 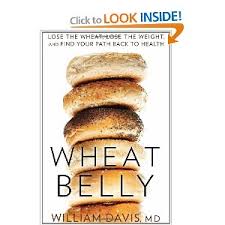 tess said…
people were bound to notice sooner or later that low-fat makes them hungry and vegetarian makes them feel bad....
August 03, 2013

Lori Miller said…
Concern for the environment and animal welfare figure in, too.
August 03, 2013

And it's true more and "more people want real food and real solutions to their health problems."

Lori Miller said…
I was dumbfounded when I saw those books and magazines at Vitamin Cottage.
August 04, 2013